Why should I research my DNA? 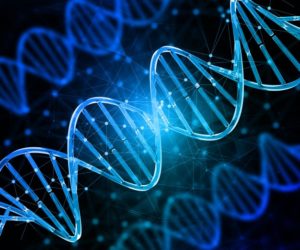 I have examined documentary and family sources in my research for more than 30 years. Fortunately, I started early enough to interview many relatives of my grandparents generation. They were able to provide fantastic information about the family and their life back into the 1800s. A systematic, thorough examination of civil and parish records in conjunction with census returns and many other documentary sources has given me a clear picture of who is in my family tree. As well, I made every effort to research the family lines forward and backwards in an effort to locate living relatives on all the family lines.

So, why should I research my DNA and what can it add to my knowledge of family?

A number of years ago I tested with FamilyTreeDNA and Ancestry and more recently have also tested some close relatives. Initially, it was just interesting to see what the tests would tell – if anything. I did note matches to a few researchers I had previously contacted so that was encouraging and it confirmed my relationships to the relatives I tested. That was all good but so far I had not learned anything which my research had not already uncovered.

As more people began to test, I did discover whole new branches of some families. I made an effort to contact matches even though not everyone responded. It paid to mention where the test match occurred, the size of the match and whether I had any idea what family line it might belong to.

One particular discovery related to a sister of my great-great grandmother, Agnes Lawther – my grandmother, Agnes Lawther Brown, had been named after her. The problem was that the Lawthers had migrated from Ireland to Glasgow around the mid-1860s and finding records in Ireland had not been easy. I thought I had done well to locate six daughters of John Lawther and his wife Eliza Jane Hunter. To my amazement the family of a seventh daughter, Mary Jane, turned up as a DNA match in British Columbia.

Though the name in that branch of the family was usually recorded as LAUDER (as it was occasionally in mine also), the Scottish records confirmed that she was indeed a family member. She married before the family appeared in the census records in Scotland and without DNA I would never have found her!

We now need to consider DNA as another research tool to build our family trees. Just as we would never consider ignoring BDM records or censuses we should not ignore DNA either. We need both traditional sources and DNA – one or the other alone is not sufficient.

Connecting matches may be easy or it may not. Surprising results may be returned and we need to learn how to interpret these. You don’t have to be an expert to be able to benefit from taking a DNA test – it is the record of your family history in a nutshell.

If you would like to learn more about DNA and how it can help with your research then come along to the DNA Down Under event organised by Unlock the Past with Blaine Bettinger and others to help guide you.