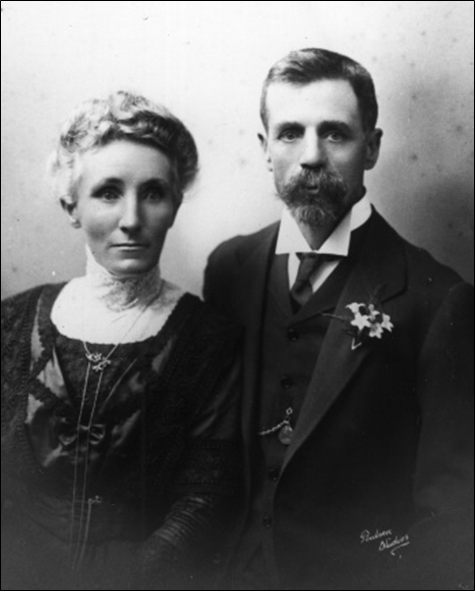 At one stage ‘swimming’ was looking like the only way the Beestons made it to Australia!

Early in my research I found the marriage of John Francis Beeston to Frances Elizabeth Ford in 1881 at South Brisbane.[i] That was a great surprise to my father who had always thought his grandparents had married in England and migrated as a married couple. Close scrutiny of the marriage certificate gave me his parents’ names – Robert Beeston and Elizabeth née Hudson – and the fact that Johnny had been born in Stockport, Cheshire about 1859.

Well, how did they get here? I thought this was simple – a visit to the Queensland State Archives would quickly sort that out for me. Indeed, I thought I hit the jackpot that first visit – there was Elizabeth (three in fact), Robert (two) and a John in the card index.[ii] What more could a novice researcher wish for?

Well it wasn’t quite so simple. The John Beeston was definitely not mine, too old by far, and there was something very strange with the Elizabeth and Robert entries. When I checked the passenger lists I was in for another surprise. Only one ship, the Hannah More which departed Liverpool on 16 January 1863, had both an Elizabeth and a Robert Beeston recorded and on that ship Robert’s name was actually crossed out and a note written beside ‘not on board’.[iii] I couldn’t understand this – perhaps the parents of my Johnny didn’t even migrate to Australia but instead remained in England. Anyhow, Johnny was not to be seen on any ships.

Three young children meant I did not have a lot of time for research but fairly quickly I established that both Robert and Elizabeth had indeed migrated to Brisbane. When Robert died in 1910 it was claimed he had been here for 48 years so now I had an approximate arrival year of 1862.[iv] Further searching revealed that Robert had, for reasons unknown, travelled on the Light Brigade arriving in Brisbane in 1863 whilst Elizabeth came independently on the Hannah More the same year.[v] That it was indeed my Elizabeth was confirmed by the birth of her child on board (Thomas) – noted as the son of Robert and Elizabeth.[vi] Two found one still missing.

Back to young Johnny. Questioning my father’s cousins did give a hint as to his arrival – they were sure his house was named after the ship on which he had come.[vii] Now I knew his house well having visited there as a child. Though he died just before I was born, I remember my great-grandmother and the large raucous white cockatoo she had. Hot on the trail, I hopped straight into the car to check out this vital clue. Alas, the verandah of the house was now closed in and there was no sign of a house name – and no-one was home. Beaten again and rather despondent now.

Inside cover of The Christian Age: Light From Across the Water Volume XLV 1894

Months later, I was flicking through a book which had belonged to Johnny, The Christian Age – Light From Across the Water. What a discovery! I found on the inside cover he had recorded: John F Beeston, “Venella” Juliette Street, Thompson Estate SB. Now I was sure I could find him.[viii]

Back to the archives. Defeated again. There was no such ship! I searched for ships with similar names – there was the Valetta (1864), Venilia (1865), Villalta (1886) and the Vimiera (1861 to Sydney). Clearly the best two options were the Valetta and the Venilia. I combed the dusty documents hoping that someone had missed a Beeston when creating the immigration card index – no such luck. Then all of a sudden it hit me – on the Venilia were John Hudson (58), Sarah Hudson (56) and John F Hudson (5) and two single Hudson girls.[ix] He had come to Australia with his mother’s parents and two of her sisters, not as a Beeston but as a Hudson! Johnny had been left behind in England with his grandparents and aunts.

When Johnny arrived in Brisbane he met his young brother, Thomas, who had been born on the Hannah More. It was a joyful reunion with his mother but sadly she died just a few months later. [x] In an ironic twist, the following year Johnny’s father married Lucy Hudson, one of the aunts he had been left with in England and who had travelled with him to Brisbane.[xi] Though such a marriage between a man and his sister-in-law was not legal in England or her colonies it worked out well for young Johnny.[xii]

No-one swam – not even my Beestons.

[vii] Information from Beryl Alice and Frances May Beeston January 1986

[xii] It was not legal in England or the colonies to marry the sister of a deceased wife until The Deceased Wife’s Sister’s Marriage Act 1907 (7 Edw.7 c.47)