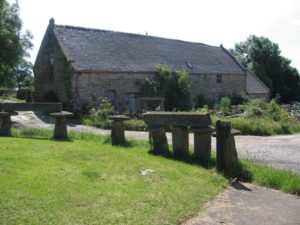 Rolling green hills with quaint village pubs. That is how we think today of the Derbyshire villages of Fenny Bentley and Kniveton where young Francis Beeston spent his days. But what was it like for him?

Francis was born in 1798 in the small village of Fenny Bentley. Baptised at the local church, St Edmund, which had stood there from 1240, Francis likely played in its grounds amongst the slate headstones – the 11 acres of the family farm abutted directly onto the church property. Idyllic? Maybe not. Less than 1 mile distant at the hamlet of Woodeaves was the Tattersell Cotton Mill, built in 1784. Whilst providing employment for the villagers it was undoubtedly an awkward fit for the rural landscape. 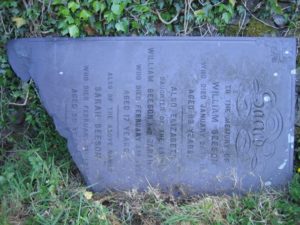 In 1811, the family moved to Kniveton and the larger Woodhead Farm – a stone home typical of the district. Somewhat removed from the village, it was surrounded by lush green pastures. Again, some of the village inhabitants had to work in nearby cotton mills. The family farm, the Red Lion pub, his dad’s slate stone in St Michael and All Angels churchyard – things Francis was familiar with – remain there for us today.

Finally … in 1825, he moved to the textile town of Stockport with its many mills – described in 1844 as being “one of the duskiest, smokiest holes in the whole of the industrial area”. What a contrast. Why?